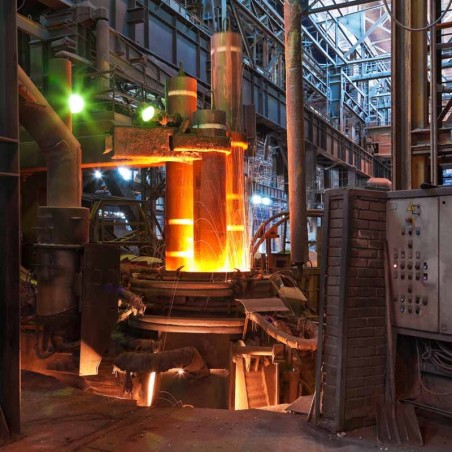 The products are fully compatible with each other and can be mixed at all ratios.

Cosmolubric HF-122 is USDA H-2 approved and is acceptable as a lubricant where there is no possibility of food contact in and around food processing areas.

COSMOLUBRIC HF-130 is characterized by natural thermal stability, good viscosity/temperature relationship and effective lubrication characteristics.  Further, a formulation determined by research and confirmed by field service, to yield the best performance by the selective supplementation of additives to enhance performance traits in the important areas of corrosion protection, metal passivation, oxidative inhibition and hydrolytic stability.

COSMOLUBRIC HF-130 is a versatile product with numerous functional advantages including high temperature operational capabilities due to significant autogenous ignition temperature values, high boiling, flash and fire points.  However, it is pertinent and worthy of note that a hydraulic fluid’s high temperature properties, as compared to petroleum products, are not necessarily a true measure of the material’s fire resistance or capacity to resist ignition.  Where ignition sources are in close proximity to hydraulically operated equipment, the protection to life and property can best be insured by the use of “Houghto-Safe Fire Resistant Fluids”, which have served all forms of hazardous applications in both the industrial and military arena for in excess of three decades.

COSMOLUBRIC HF-130 is approved by Factory Mutual as a less hazardous hydraulic fluid.

COSMOLUBRIC HF-130 is compatible with the majority of commonly used elastomers.  Compatible materials are best used for moving or dynamic seal applications, while for static sealing they are preferred but not essential when converting to COSMOLUBRIC HF-130 from other fluids.  Buna N, (Nitrile) Viton, Teflon, Silicone are preferred, while Butyl, Ethylene Propylene and Neoprene should be considered as marginal.