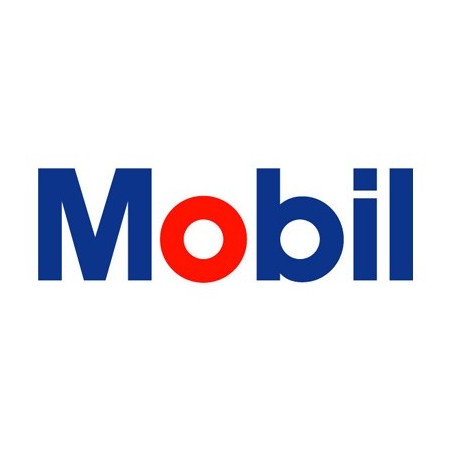 Mobilgrease 28 is designed for the lubrication of plain and rolling bearings at low to high speeds, and splines, screws, worm gears, and other mechanisms where high friction reduction, low wear, and low lubricant friction losses are required. The recommended operating temperature range is -55º to 180ºC with appropriate relubrication intervals.

Mobilgrease 28 is a supreme performance, high temperature, antiwear grease designed to combine the unique features of a polyalphaolefin (PAO) synthetic base fluid with an organo-clay (non-soap) thickener.  The wax-free nature of the synthetic base fluid, together with its low coefficient of traction compared with mineral oils, provide excellent low temperature pumpability, very low starting and running torque, and can reduce operating temperatures in the load zone of rolling element bearings.  The clay thickener provides excellent stability at high temperatures and Mobilgrease 28 has a high dropping point value of 260ºC. . In addition, it resists water washing, provides superior load-carrying ability, reduces frictional drag, and prevents excessive wear. Tests show that Mobilgrease 28 prevents friction oxidation (fretting) and lubricates rolling element bearings under conditions of high speeds and temperatures. It has also shown superior ability to lubricate heavily loaded sliding mechanisms, such as wing flap screwjacks.  Its consistency is between an NLGI No. 1 and No. 2 grease.

Mobilgrease 28 has been the grease of choice for military and related applications, worldwide, for more than 30 years since its introduction. This leading product is based on the synthesized PAO base stocks that were pioneered by the R&D arm of our company resulting in step-out performance not only in grease but in many fluid lubricants, too.